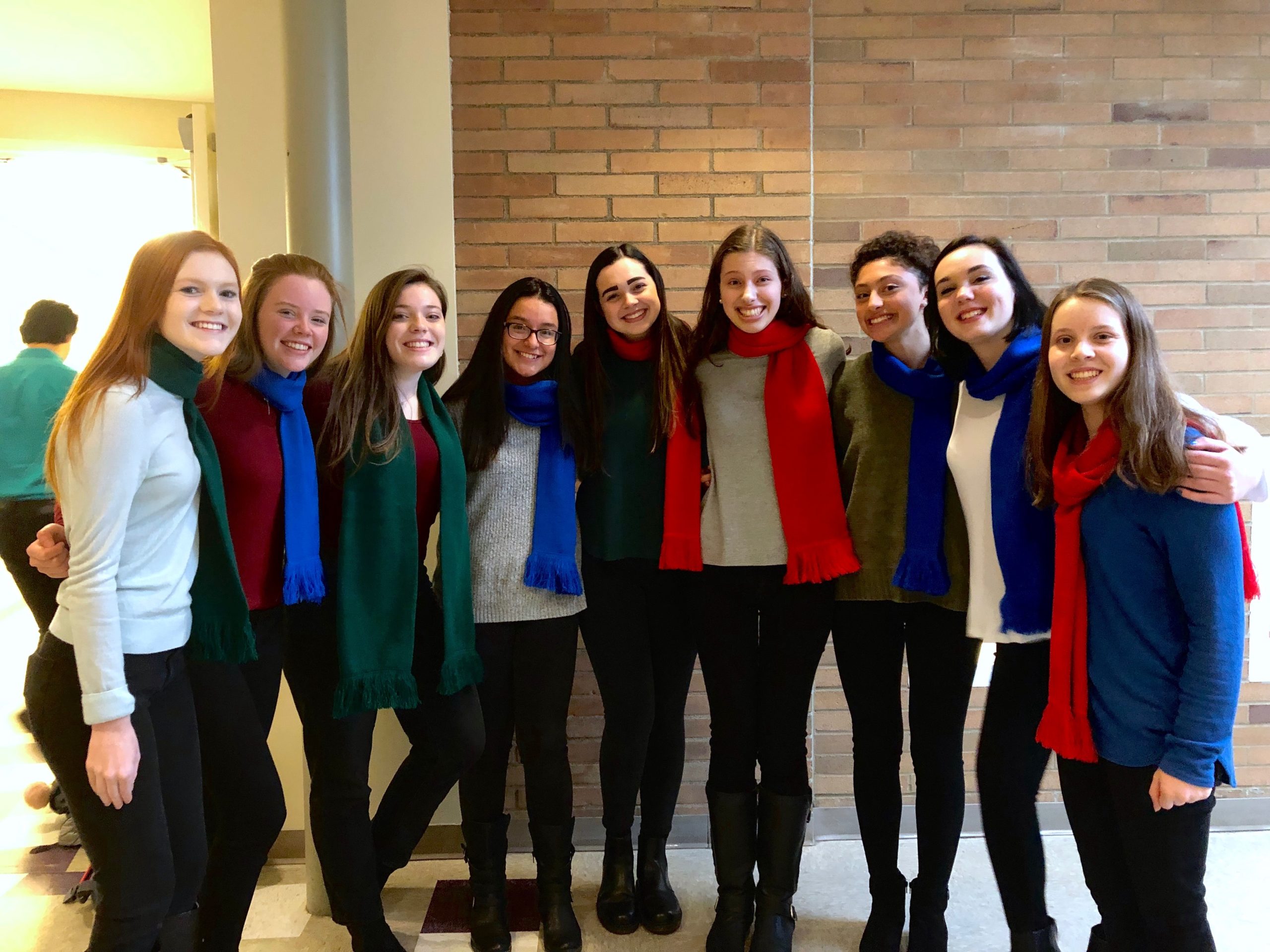 On December 16th and 18th, the Warde music department’s annual Carillon extravaganza proved yet again to be a wonderful way to close the year. Everyone from Warde students, incoming freshmen, adoring parents, and friends and strangers got to witness the festive show put on by upper-level band, orchestra, and choir students.

The show opened with a combined piece, an arrangement of “Jingle Bells”, and finished off with a work written for this very school, “Closing of the Year”, which has become a tradition. Although the five shows took place within two dates, many more hours of practice went into putting this production together for voice and instruments.

The show included wind ensemble, jazz band, Bel Canto Singers, Chamber Singers, Treble Choir, the a cappella groups “Muse and Overtones” and “Treblemakers”, Symphonic Orchestra, and Chamber Orchestra. Most of these ensembles were showcased on pieces of their own. There were also many pieces that combined certain groups.

No matter what one of these students were doing, you can be certain that they were working tirelessly to produce a stellar performance. Dress rehearsals were held the week before and the show was run through many times to ensure excellence.

It is more than just the music—which is learned during class periods. The students need to work with the other ensembles to learn their cues. The lighting crew also has to align their work with the program as well. The choir students have to put in even more time than their instrumental counterparts; while the band and orchestra stay placed on the stage, the choristers have to know where to stand during each number and where to go after that.

The show runs almost like a play, with seamless acts and careful staging. To help with all this, choral director Mrs. Verney-Fink even had some students help decide who should stand where.

“We met after school for about an hour, then spent time working on it by ourselves,” says Shannon Garrett, Staging Map Leader. “It took multiple weeks. It definitely was a lot of work, and we even had to redo some of them.”

Once practicing time was up, the musicians prepared to perform five shows on the Monday, Tuesday, and Wednesday before break—or so they thought.

The week before the shows, rumors flew about a possible snow day on Tuesday. Everyone was wondering what would happen to that night’s showings and to all of the parents and supporters who’d rearranged their schedules to be there.

To everyone’s initial dismay, there was a snow day, and the weather looked bad enough to move Tuesday’s evening shows to the next day. Unfortunately, some people weren’t able to rearrange their schedules to see the show.

Nevertheless, the auditorium was packed for the Wednesday night shows. Despite the drama surrounding about snow, each and every performance was a success.

It was a bittersweet experience for seniors as this was their last show. The warmth and light was still felt by everyone throughout the whole experience. This year’s Carillon proved to be a memorable experience for teachers, performers, and audience members alike.