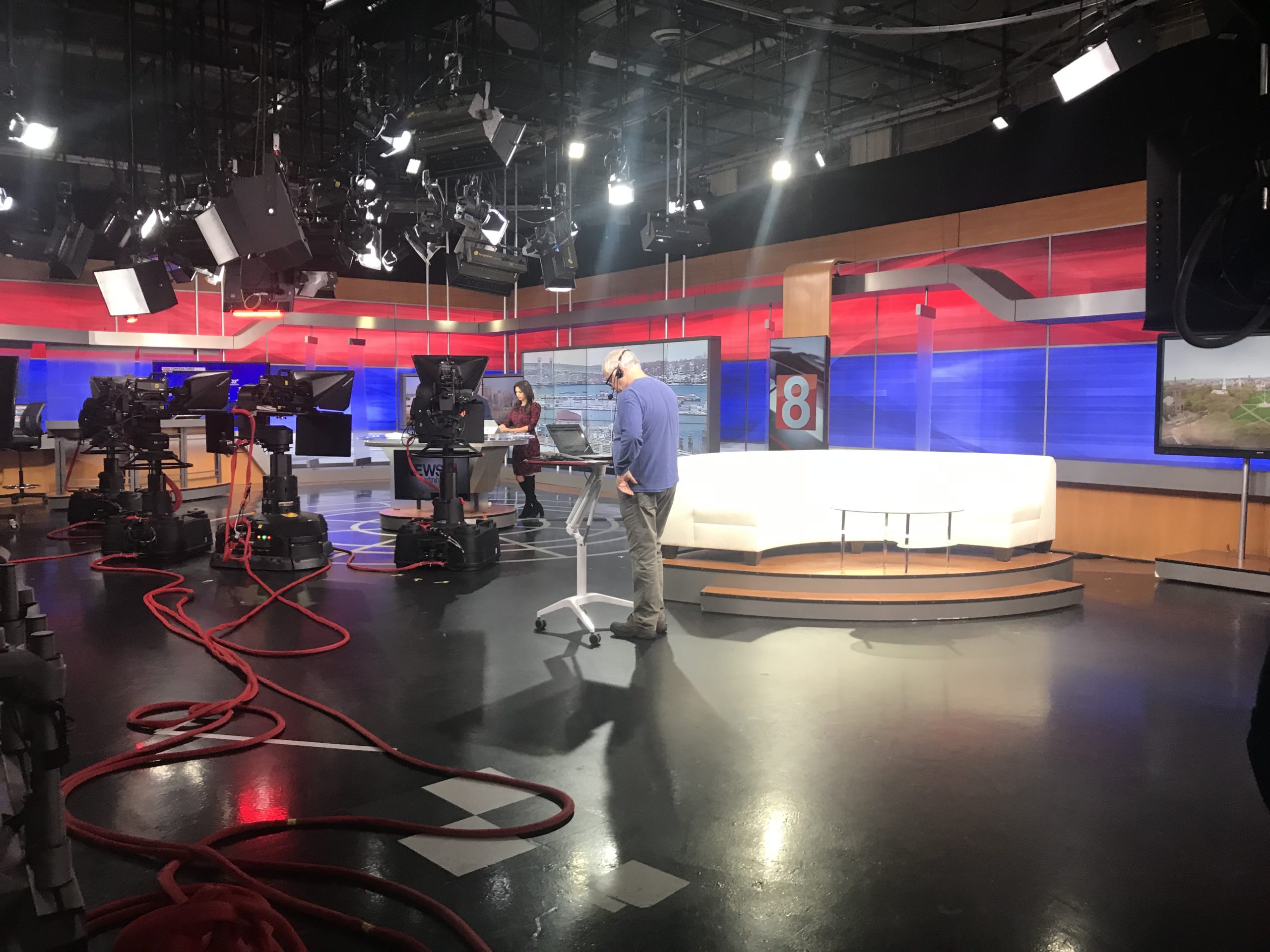 On December 3rd, Warde’s Broadcast Journalism students went on a field trip to the News 8 station in New Haven. Students saw the divisions that worked on and behind the scenes of the set and how every part of the station works together to make sure the correct news goes out to everyone. When the students arrived at the station, Marlene Kim, News 8’s very own production manager, took the students on a tour to see each important sector of the News Station.

Students first saw the news room, where the staff received incoming news all over the media, to analyze and put into a written form.

They got to meet individuals such as the media specialists. They multitask by doing their own camerawork, script writing, and editing. In addition, the class also met interns who gave some students an idea of career choices they might have in the near future.

“This field trip definitely solidified, especially me as a senior, what I wanted to do.” says senior Broadcast Journalism student, Luis Leon.

Students afterward saw the on-air studio where the anchors delivered the news to the eyes of the public. Students saw how much time and effort was focused on the anchors, as everything was very fast paced and there was little room to mess up.

Students also got the chance to see the weather. It takes a lot of practice to make sure when talking to the camera, your words are not only informative but also interesting.

The on air studio also allowed the students to watch the segment, News 8 at Noon, and got their own spotlight as they were the featured for the introduction of the segment, CT Style.

Right before the they left, students had a chance to see the control room. Here the staff told the directors where and when to move their cameras, portraying a variety of camerawork to the audience.

They also got to see how the teleprompter were maintained, making sure to keep the ideas flowing in a relative pattern for the anchors.

The lights and environment were controlled by the people of the control room as well. This ensured the effect on the audience that the anchorman was the center of attention.

This trip’s credit is due to the teacher of this elective, Mrs. Gartsu. To help students enhance their thinking in their course, she took them to News 8 in hopes of showing how there are many different steps than what appears on the screen.

“We do have a beautiful T.V studio here, but there’s nothing like seeing the real professional people working, and utilizing the equipment.” says Mrs. Gartsu.