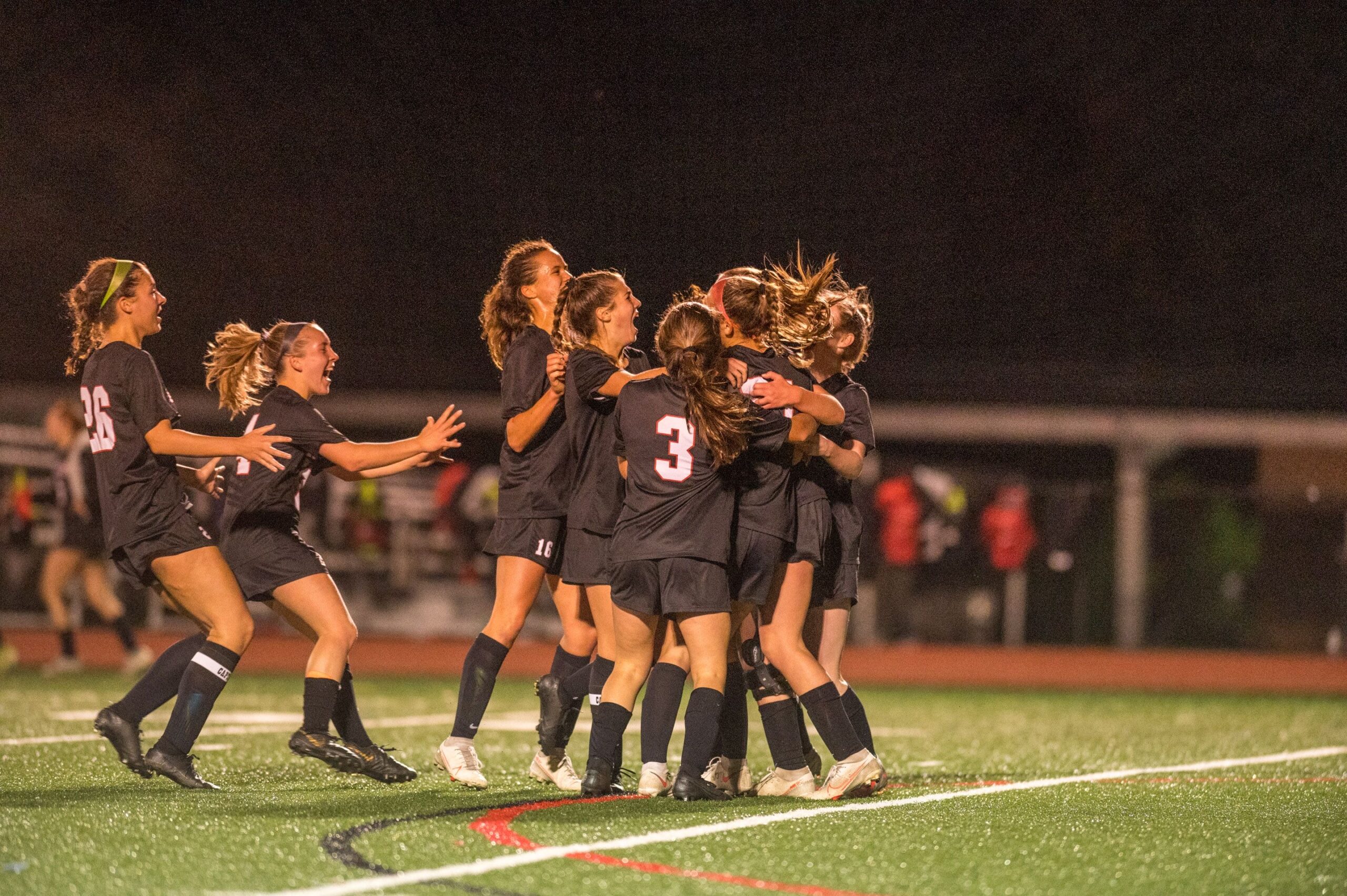 A game with the girls’ soccer team includes strong energy from the bench, strong outside footwork, clean connections between the midfield and defenders, and aggressive speed down the sideline. Each game, the athletes played as if it was their last because it very well could’ve been.

They came out with an impressive 4-3-2 season, playing in a competitive conference. The team even beat 2019 FCIAC champion Trumbull High School for the first time in 4 years. The As for the losses, the team struggled getting that last touch to goal and keeping composure on the field when the score dropped. The season proved that both the younger and older players had important roles. Captains Bridget King and Lyv Ronning expressed how grateful they were for how parents worked to find creative ways in celebrating the seniors this season. All the seniors had been playing together for about 12 years, something unique to girls’ soccer.

The starting lineup, which changed throughout the season, included freshmen Phoebe Marsick and Theresa Conye. Juniors Catie Corrigan stepped up into a defensive role when Junior Sophia Pollex faced an injury after the third game, as well as freshman goalie Audry Montero most notably against St. Joe’s when starting goalie Claire Harper got a concussion.

Junior Marisa Homa strengthened the team as center defense this year, previously playing midfield. Ronning appreciated Homa’s reliability, saying “it was great knowing she was there to back me up on the field.” Homa’s shorter stature was no issue to her on the field and, in King’s eyes, she would get the MVP of the season.
Sydney Mieczkowski was also an important role on the team this season. Freshman year, the forward tore her ACL and was out for the season but has had an impressive comeback since then. She scored the winning goal off an assist from King in the last two minutes of their Trumbull game.

Both Captains were impressed with how well the team adjusted to this year. The players were still able to form chemistry and finish a great season. Though playing in a small, competitive league was frustrating, the girls appreciated being able to redeem themselves against other teams.

While many senior athletes this year stressed the importance of not taking things for granted, King saw another angle on this lesson. She pointed out that while sometimes it seemed annoying to run a mile before every practice, in the end she will miss it. Not only did it make the team faster, but it was a great, even fun, experience. She appreciated the moment of togetherness and dedication it instilled.

All in all, the players understood that “this year brought a lot more pressure on us as captains but it taught us how to be a motivator and how to adjust.” They encourage Warde to bring enthusiasm to the team that we carry out for Boys’ Soccer. The team’s skill demands our attention, and will continue to become an even greater powerhouse in the future.
Ronning will go on to play DIII Soccer at St. Lawrence University.