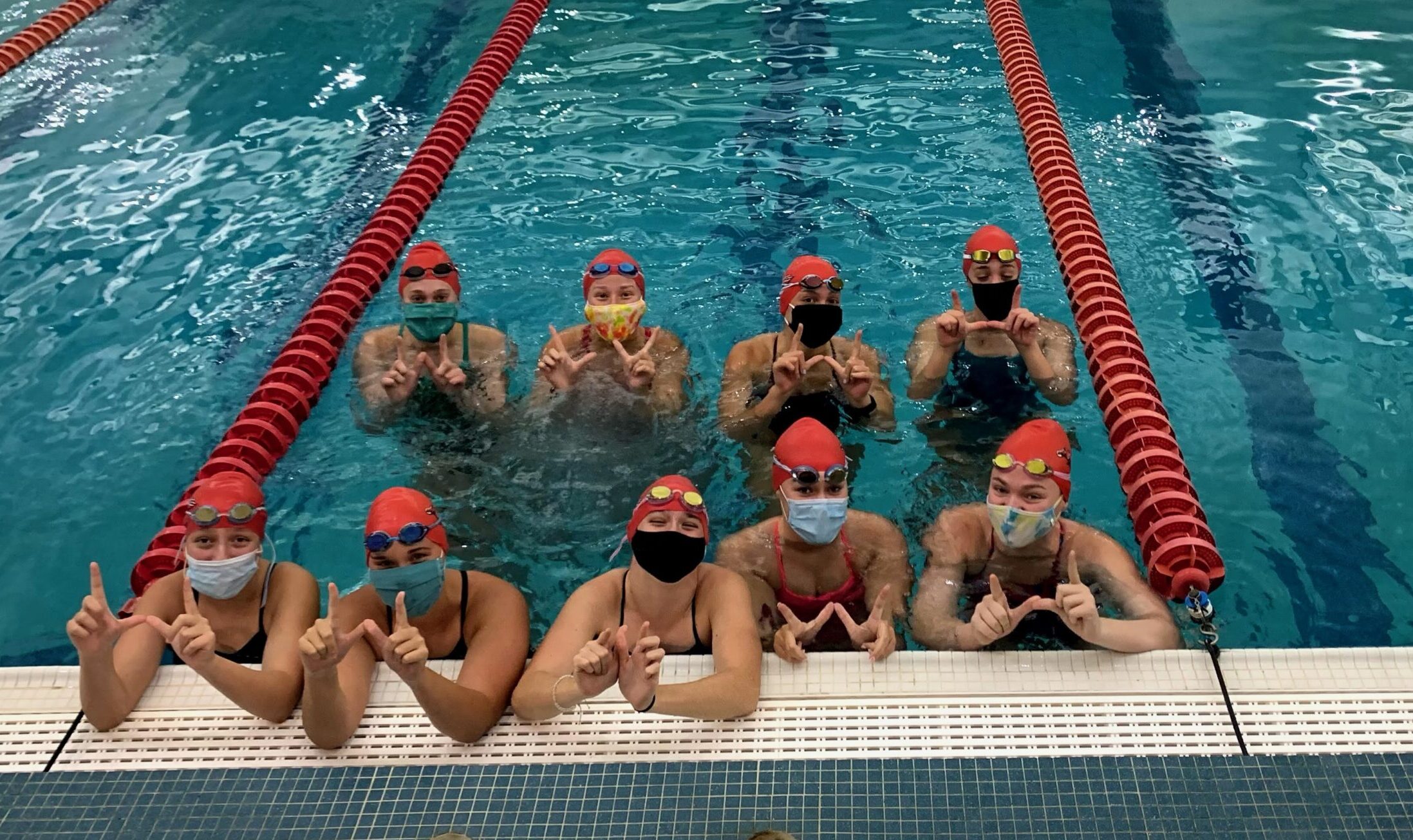 Don’t let the well-known welcoming attitude of the swim team fool you – they are a force to be reckoned with.

Last year was the first time in seven years that Warde beat Ludlowe. That same year, there was a turnover of coaches. The only loss of the 2020 season was against Trumbull. One factor was that the Trumbull Eagles had more swimmers in skins, technical suits that make the swimmer faster.

The team relied on each individual committing to the sport. Leading up to the first meet, two cohorts alternated pool practices each day. The other half of the time, Captains Julia Stellato and Clara Patterson encouraged the athletes to do land workouts or attend their club practices.

COVID-19 created by far the most disruptive logistical changes for the girls. The racers alone were forced to practice in the same pool as Ludlowe, provide themselves transportation, and switch locations for a total of three times. When they had to swim at an outdoor pool in the cold with falling leaves, the team took it in stride.

As for the divers, there was a question as to if they’d even get the opportunity to practice. Through the efforts of coach Beth Cerny to find a location, the girls played a pivotal role in meets. Seniors Marissa Coletti and Alexa Amster recruited Warde gymnasts to almost double their numbers. As the results rolled in for the heats during the first faceoff against Trumbull, it looked like Warde was to be edged out of a win. However, “the divers pushed the team over the top for the win.”

The athletes were challenged to keep up their competition with more than half their meets virtual. “At the beginning of the season, we had a talk about being motivated by each other, cheering for each other, and racing your teammates, which is nothing we’ve ever experienced before,” explained Patterson. In time, the girls got better at encouraging each other and found new ways to bond. A small crowd of spectators is nothing new to the team. Even the stampede has never appeared at a meet, though swimming is an intense sport to watch.

A unique experience for those that were able to come to the meets this year was during a virtual meet against Norwalk. There was an evacuation in the middle of a heat due to a gas leak in the building. The swimmers had to make up the race the next day, frustrated that “they were doing really well with their swim and weren’t able to complete their heat.” Despite the complications, Warde still came out on top.

The evolution of Girls’ Swim over the past years is bound to get more exciting. This year, there were many strong freestyle swimmers, 4 of which were All-East athletes. Performance of the underclassmen was encouraging, particularly as many freshmen were featured in A and B relays. The team hopes to improve on backstroke and in individual medleys while continuing to grow the dive program.

Warde Girls’ Swim may be losing 13 seniors, but this season’s leadership has the future years set up for success.

Julia Stellato will go on to swim DI at Rutgers University next year. 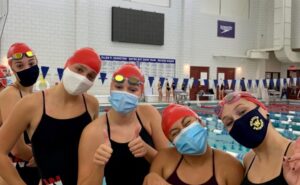