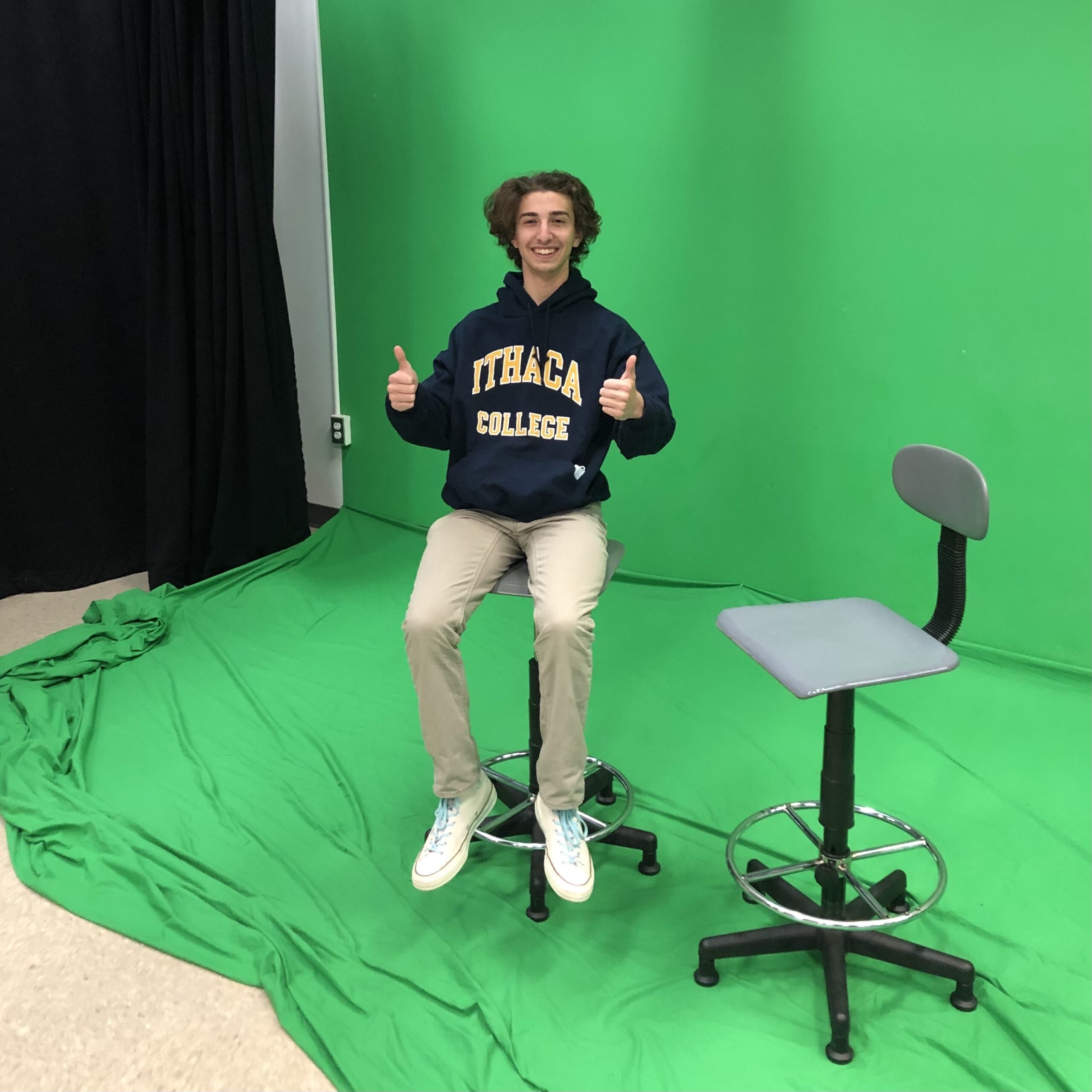 Since November of 2020, I have had the honor and privilege to be the Co-Host of our school’s broadcast show, ‘WardeTV’. I fondly recall watching Ted and Jeanette hosting the show in my freshman year and thinking, “Gee, I sure hope that is me someday.”

And it has been me, thus proving that dreams do come true.

In the nine episodes (and three extended cuts) we have released this school year, I have learned the unique skills of broadcast journalism.

After a year like this one, I can most definitely say that it is not easy. I remember thinking that we would make the broadcast on a weekly basis, but that was way too ambitious. Very quickly, WardeTV was being released on a two and three weekly basis.

Filling the episodes with runtime was often hard, and one week I made my own segment. I made a piece on signage around our school, especially regarding a unique new installation outside of the lunchroom. This is to say that I had a lot of fun making WardeTV, as I so often did.

I owe a huge debt of gratitude to my Co-Host, Natalie Steele, who was by my side this entire year in making the show. From late night FaceTimes for writing the scripts to staying after school an extra hour so we can film, the show would not have been possible without her.

My only qualm about our work together is that we should probably work on our teleprompter reading. In these last few episodes of WardeTV, Natalie and I would purposely write things into the script that we knew would crack each other up: for example, we both played Kazoos in one episode and it took very many takes to play them without laughing.

To reiterate, a good time was always had in making WardeTV.

Although it brings me great sadness to depart this school and subsequently the show, I am proud of all the work we have done. Filming the show during a pandemic seemed impossible at times, but we made it happen.

Superstars like Andrew Fuller, Jillian Mitchell, Mackenzie Broderick, and the wonderful Mrs. Gartsu and Mr. Kassay made this all possible.

I have a great deal of faith in the future of the show continuing with great success, especially with next year’s anchors Rob Harvey and Olivia Desy.

My final thoughts regarding WardeTV is a call to action for any future Mustangs who may be reading this: get involved!

This show has truly been a life changing experience, one that has taught me the values of communication and interpersonal relationships. Being involved in the clubs at our school (especially WardeTV) was one of the best decisions I have ever made, and one that I definitely won’t soon regret.

Until next time, take care, be well, and goodbye Fairfield Warde!