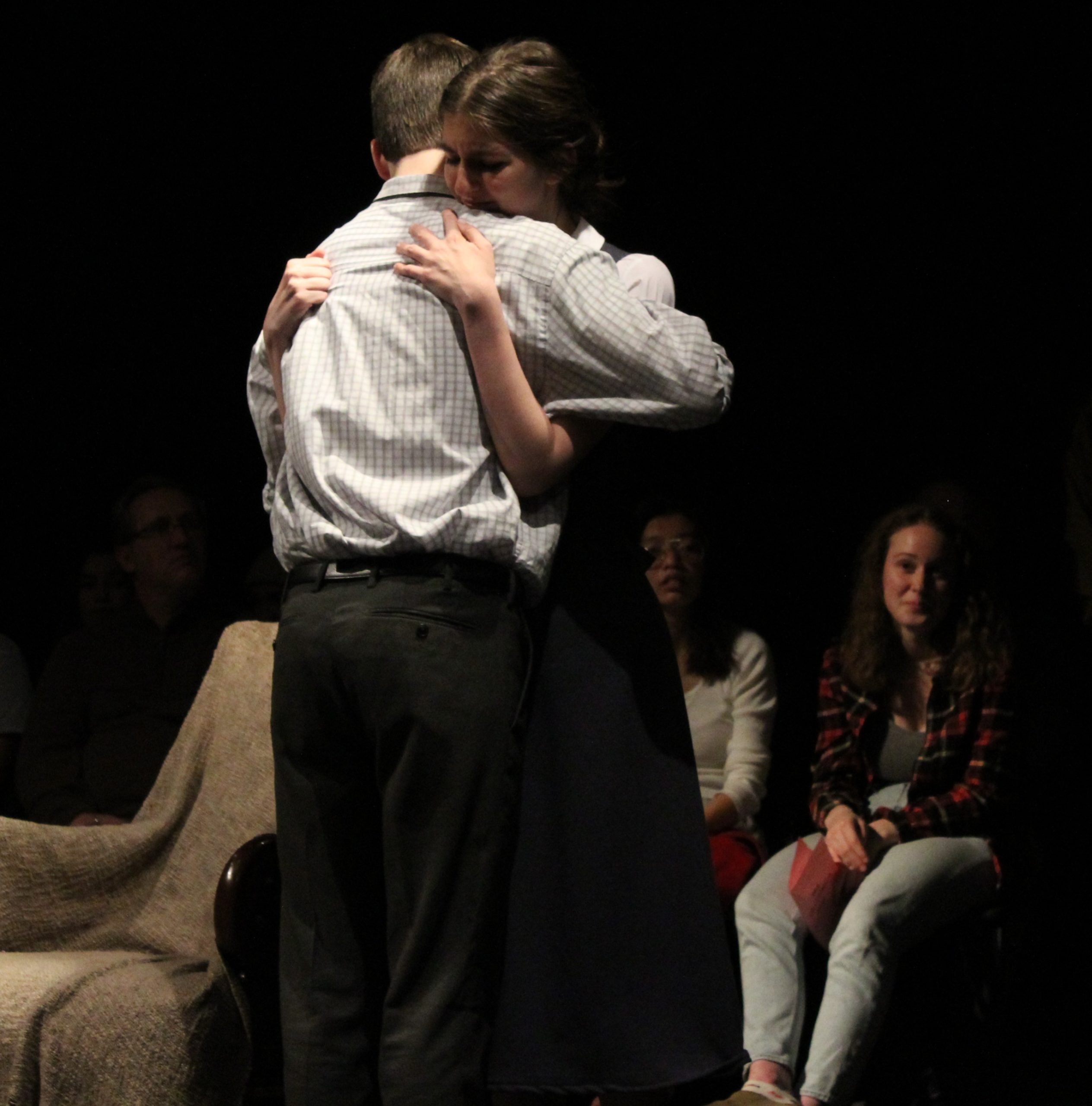 It is often said that theater creates a community for those involved, and speaking with the cast of The Children’s Hour, it is evident that this production was no exception.

Comprising of three acts, the play takes place somewhere in New England at an all-girls boarding school. The school is run by two of the main characters, Karen Wright-played by Maggie Hunter-and Martha Dobie-played by Claire Borgatti.

Natalie Steele plays one of the students, Mary Tilford, who runs away. To avoid being brought back, she falsely accuses the two women of having an affair. The effects of Mary’s accusation eventually destroys Karen and Martha’s lives and careers, in the end causing Martha Dobie to take her own life.

Jordan Weisblatt, a junior, played Dr. Joseph Cardin in the production. Recalling the fall rehearsals, he says, “this was the first cast I was in where literally everyone was friends with each other. If someone messed up, everyone made sure we were all on the same page and that we were all there for each other and that we would work to make the scene better next time.”

The community a show creates between the cast, crew, and director builds around the idea of trust. As Jordan describes, everyone needs to work together to create the finished product and trust each other in order to do your best.

Hazel Foley, who played Rosalie Wells, went on to say that “acting puts you in such a state of vulnerability. You’re throwing all of your emotion into the piece probably fearing judgement and failure. It requires a ton of trust between actors and directors. An environment of support needs to be established so that actors can explore the full capabilities of their talent.”

Like Hazel, Maggie Hunter believes that “this establishment of trust is essential to the creative process and really does build a strong, tight-knit community,” bringing the relationships full circle.

Since directing as an adult, Mr. Fratt has been given opportunities to work on shows outside of Warde’s close-knit drama department. However, he explains, working with Warde students is a much more pleasurable experience than directing adults in community theater. High school students are much more open-minded than adults when it comes to artistic license or lack thereof in certain scenes; the relationship is different between actor and director.

This relationship was especially important when putting on The Children’s Hour. If the cast and director are not careful, the show can become consumed by melodrama and distract audiences from the main ideas of the play.

This challenged all of the actors, allowing them to improve upon their talent. Jordan Weisblatt says that it takes a lot of commitment, especially when taking on a role that could be unfamiliar to you.

Meg Andrade, a junior, played Catherine, one of the school girls. The character is a mean, obnoxious girl. In the past, however, Meg played more sweet-tempered adults, and therefore had to challenge herself to learn how to be “mean.”

In particular, Maggie Hunter felt that the show pushed her in “every possible way.” For the last hour of the show her character lost everything.

“[Katherine Wright’s] fiancé left her, her reputation was destroyed, and her best friend killed herself. For an hour I had to sit onstage and act the part of an utterly destroyed woman. It forced me into many situations I’d never imagined myself in before and challenged me in innumerable ways,” Maggie states.

Mr. Frattaroli explained that “it fell on the whole cast [to contain the show]. If they let go emotionally it would destroy the play. They kept themselves controlled in the right way… so that it had power at the end rather than feeling cheap.”

The play discusses ideas that are prominent in society today, taking the audience through a journey of coming out and how dangerous lies can really be.

Originally, Mr. Frattaroli thought that the play would be dated since it was written in 1934. However, he was “impressed with the playwright writing a modern show and the handling of a character coming out and recognizing that she way gay,” which was extremely unusual for the time. In the 1930s, it was illegal to mention homosexuality onstage, and Lillian Hellman did The Children’s Hour regardless.

Mr. Fratt believes, though, that “in many ways it’s not about being gay, it’s really about lies and how they can destroy people, and that I think is really appropriate today,” creating a theme that can never really be dated.