It is a common misconception among Fairfield Warde High School students that “only Fairfield Woods Middle School has tunnels in its basement,” and, “The Warde Tunnels are just an urban myth.” As of today, everyone’s going to know the truth.

In early October, I was asked by the advisor of the Warde Focus, Mr. McGarry, to investigate the Warde Tunnels. At first, I was skeptical and assumed that I’d be writing a satire piece as a joke. But I soon began to wonder what could be down there.

To start, I went around asking people I knew about their thoughts on the tunnels, specifically, what could be down there. The list of answers that I received goes as follows:

Though intriguing and quite dark, I couldn’t connect any evidence to their inquiries. For a whole month I gave up the investigation. That is until, the Thanksgiving Football Game.

I was playing percussion for the Warde Pep Band who had recently been invited back to football games under a strict NO FORTNITE policy. I was sitting at the front of the bleachers and had a close-up view of the standing up crowd. Among many returning Warde alumni, I was surprised to see last year’s Warde TV news anchor Ted Orbin watching the game. However, something seemed a little off with him. He didn’t have that same smile he gave at the end of Warde TV episodes, he was a little distant, and the Warde TV crew filming the game were keeping a suspiciously close eye on him. I still couldn’t connect any of the unusual behavior back to the Tunnels, so I thought nothing of it and went on with the game.

The following week, I set up an interview with Head Custodian Mr. Fernez and asked him a few questions about the Tunnels. According to him, the Warde Tunnels are very much real and are as old as the school itself. The tunnels cover the entire underground of the school except for Fitts House, consisting of 20 different entrance points placed all around the school. The tunnels are generally used for high maintenance, connecting all the main wires and pipes throughout the school.

It all sounded true but I had to see it for myself. Mr. Fernez then took me to the secret location of the tunnel entrance (which I will not be disclosing due to security risks). 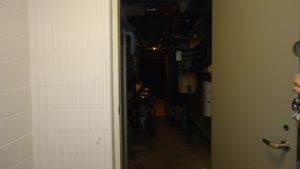 All I could see were shelves, maintenance equipment, pipes, wires, and a rusty old lightbulb in front of a dark, pitch black hallway. I wasn’t allowed any further, but something caught me off guard. A sound, a scream coming from the pitch black hallway. But before I knew it, the door was shut and my lead was gone. 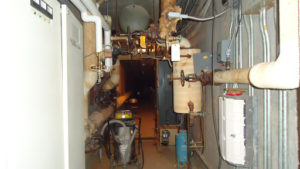 Finally I had found a tie to the Ted Orbin story. Think about it. How has Warde TV done so well this year? What gives them that special charm just like it did last year? Well the answer is simple, they’re taking material from last year.

What if the real Ted Orbin has been kept under lockup in the Warde Tunnels where new Warde TV anchors Isaac Liu and Lulu Diaz interrogate him for answers on how to write their sketches, replacing him with a clone that goes to college and and makes alumni visits for him?

This investigation is to be continued, but for now, it is well advised for students to stay clear of the tunnels and stop watching Warde TV.