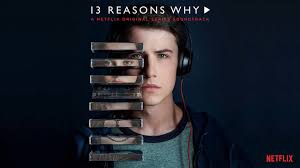 The new Netflix television show 13 Reasons Why is by no means a pleasant show to watch. After all, the plot revolves around a teenage girl committing suicide and leaving behind a series of cassette tapes that explain how a group of people and the series of events that they caused played a role in her irreversible decision of taking her own life. With graphic depictions of rape, suicide, bullying, and violence, this show is the complete opposite of the typical “joy watch” that many might seek, yet somehow executive producer Selena Gomez’s adaptation of Jay Asher’s 2007 novel has succeeded with flying colors. Scoring an 85% on Rotten Tomatoes for viewer approval rating, the show has clearly done well, but its critical reception is leaving many questioning what its merits are. Some schools have even issued statements about it, Fairfield Warde’s Guidance Staff stating that “In light of this show, and in light of other recent high profile suicides, we find it necessary to reach out and inform you of this situation and resources available at Fairfield Warde High School.” Is a show that is receiving this kind of response good for teens? Does the show glorify suicide, or does it reflect how gruesome and painful it really is? Is this main character one for teens to look up to, or shy away from? Is it even realistic? All of this begs the question, why watch this show? The better question to ask: why not?

The message of this show is simple- every action has a result and you can never know how one little thing can make the greatest difference. Simply put, the show asks that you be kind to everyone, regardless of who they are. This message is one taught to the youngest of children, as the golden rule states that “you should treat others the way you want to be treated.” With this takeaway, the show is important for teens to watch, especially in this age of cyberbullying making it easier and easier to hide behind a screen and say horrible things to or about others. 13 Reasons Why displays how there are consequences to your actions, as everything that happens to Hannah Baker, the main female character who takes her life, is a direct result of a snowball effect of actions. Teens today need to hear this message, and many can identify with how certain characters feel. Having realistic characters in a television program can be extremely impactful in the life of a teenager, in this case showing them what could happen to them if they continue their actions. For example, a young adult that identifies with Hannah Baker may recognize that there are options for a person suffering from mental illness, such as a psychologist, counselor, or trusted teacher. This could potentially save a life. Therefore, while some feel like this show is only negative, there is a positive impact with its message and showing how there are resources for those considering taking their own life to get help and find happiness- without resorting to an irreversible decision to do so.

One of the largest concerns that has arisen with this show is the fact that it does not shy away from depicting rape, underage drinking, and suicide itself. There are fears that this will cause a rise in these actions, especially the suicide method Hannah chose, since the show is providing teens with the educational resource of how to carry these out. The idea of ignorance is bliss has now been shattered, no longer leaving people in the dark. However, this is the very education that teens need to have. This show teaches its audience that these are not pretty or glorious actions, while at the same time moments that cannot just be shoved in a corner and forgotten. While it may be easier to just look away and ignore them, both on the screen and in real life, these are topics that need to be faced head on. Yes, they are graphic, but they are also real. This show accurately shows what life is like for some people, and the very fact that it is upsetting is the reason itself that change needs to be brought about. This show may have trigger warnings, but it has triggered something inside of people- the need for change. With the new awareness to the topics in a realistic way, they can be addressed, hopefully helping teens to avoid the mistakes made in the television series.

In their letter to the public, the Fairfield Warde Guidance Department included a variety of resources for parents to talk about the show with their children and many more regarding suicide.

“If you or your child suspects a FWHS student to be suicidal, call 911, 211, or the suicide prevention hotline at 1-800-273-TALK (8255). Several schools have sent similar notices out to parents and the following links may be helpful in talking to your adolescent about this show and the sensitive topics it portrays. https://jedfoundation.org/13-reasons-why-talking-points/

The FWHS Counseling Center is available to speak to students and parents about these important issues. Please feel free to contact us at (203) 255-8360.”

“This show is talking about something controversial, so of course it’s going to raise concerns,” says Warde sophomore Ashitha Maddula, “It’s not something you want to go through and relate to, and most of the feelings expressed by the main characters aren’t things that anyone would want to feel.” While this show is not perfect, it has stirred up the necessary conversation to address these issues head on. With the new dialogue, hopefully teenagers struggling with mental health issues will be able to get the help that they need in order to not end up like Hannah Baker. So if you find yourself asking the question of whether or not to watch 13 Reasons Why, ask yourself this: why not?