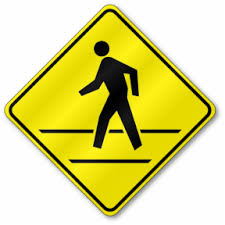 ‘Tis the season. No, not yet of Christmas but of a new generation of drivers. As frantic new drivers take to Fairfield’s streets, there are some rules of the road that are neglected here at Warde: our Hallway Traffic Laws. Alright so maybe the Freshman are new, but no matter what age, frosh or kings of the school, we have run out of excuses and the hallways have become relentless. 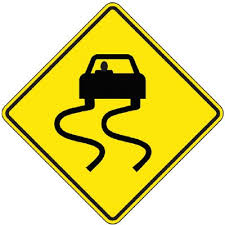 A daunting five-minute trek halted by people on the wrong side of the halls, attempting handshakes from one wall to the other, trying to have entire conversations and worst of all, braking entirely in the middle of the hallway. Would your Driver’s Ed class let you try that? The answer is no, and the inconvenience this has cost Fairfield Warde’s student population can no longer be ignored.

First and foremost it seems some students believe the hallway to be their own personal runway! We would love to believe the universe circles around our needs but I must establish reality: we’ve got places to be. Warde, it’s time we’ve learned to walk on the right side of the halls. The right side. It’s that simple! No more hugging the lockers trying to sneak along the left lane. This maneuver has cost countless minutes in our scrambles from Fitts to Pequot. No more trying to walk in a 3 person line through our halls, this isn’t Mean Girls. We don’t get to walk through the halls in slow-motion trios.

Have you ever seen a car parked in the middle of an intersection? Have you ever been driving down the highway to see a truck halted in the middle, trying to wave down another pick-up? No. So why should some of us be awarded this luxury? The five precious minutes we have to get to class are short, and can not be wasted by the extreme inconvenience of walking into someone’s backpack as they halt in conversation. Not only is it inconsiderate, but it’s entirely awkward… So incredibly awkward. Trying to walk by someone as they move one way and then all of a sudden you are bobbing back and forth, each trying to go the same direction. We’ve all been there and it’s far less than fun.

Because of the recent call for help from the student population, certain actions must be taken. One student has proposed the line-leader system, a method aimed to keep all students heading the right direction. Applications for such positions, as well as caboose and hall patrol, will available in your nearest house office. Further actions have also begun the process of approval from the school board, such as the implementation of yellow lines that would separate the left and right sides of the hallways and a required Hallway Navigation Assessment for all students upon receiving their student IDs.

Warde, I speak to the entire student body when I say the hallways are out of control. It’s time we step up and learn how to walk. Babysteps Warde, but if we can follow the rules of the road, these halls of pandemonium can be tamed at last.