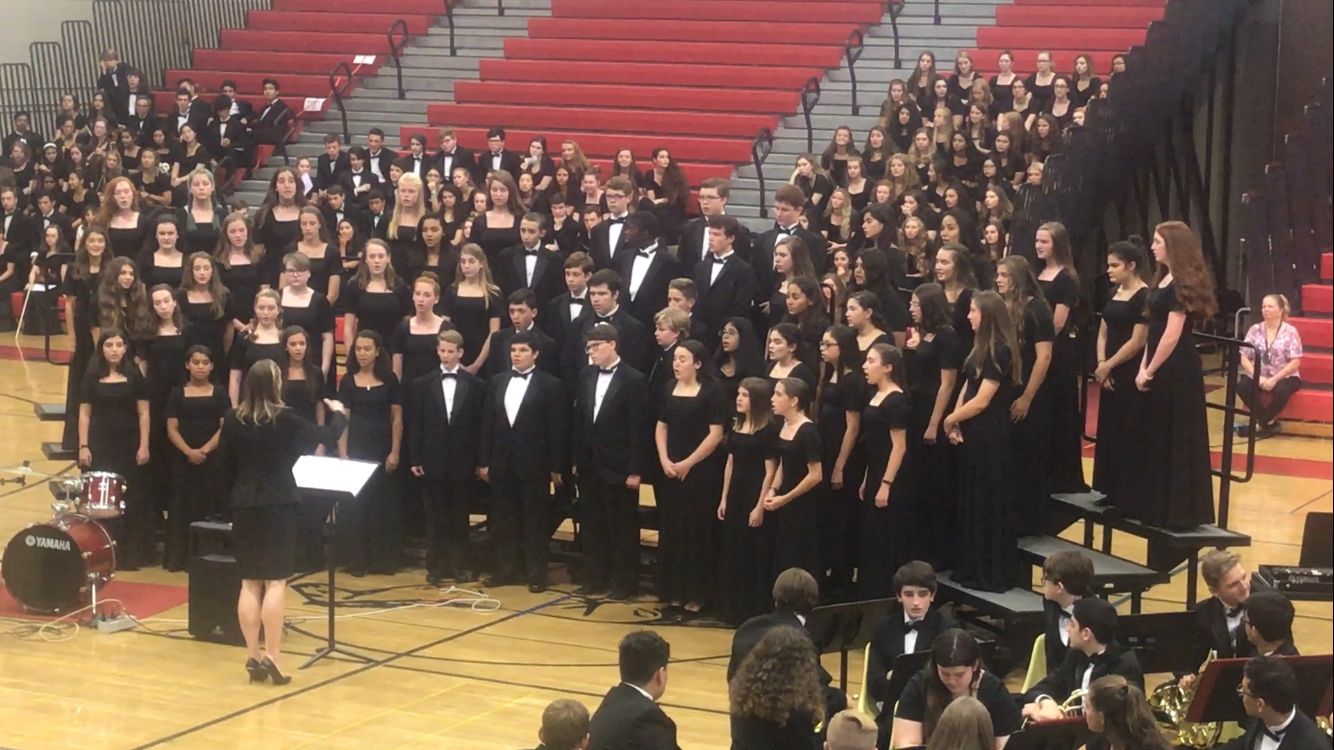 Only just over a month into the school year, Warde’s musical ensembles held the first concert of the year. At this event, students performed in the gym for their families, each group performing one piece that showcased the progress they had made thus far in the school year.

“I think the highlight was seeing all of the groups and the level that they’re at just five weeks into school,” says Warde’s Choir Director, Mrs. Verney-Fink. “We’re just seeing the beginning of what’s to come and I was really proud to hear how well all of the groups are doing from the get go.”

With performances from the Jazz Band and Chamber Orchestra in addition to the regular in-school ensembles, this experience allowed for students to not only take ownership of their musicianship from early on in the year, but observe what some of their classmates have been working on as well.

A freshman in Concert Choir, Alexa Sheiman reflected “I thought [the older ensembles] were amazing and I really like how we could see them and get an idea of what we have to work towards in the future.” This was part of the reason for having a concert so early in the year since with Carillon no longer involving the entire music department, students were not getting to hear each other across various levels until the spring concerts.

Another way that this concert helped to kickoff the year was with presentations from the Music Parents Association and teachers regarding topics such as Tri-M Music Honors Society, CMEA Western Region Music Festival, and uniforms so that parents could be kept up-to-date with everything going on in the Music Department.

As for whether or not this new concert will become another Warde tradition, Mrs. Verney-Fink is optimistic. “I think it’s something that we will definitely discuss again for next year. We’d like to make a few changes to make it more effective, but we also really liked some of the aspects of it. I definitely think we will continue to do some form of this opening concert in the future.”

Summed up by Tri-M President and senior in Chamber Singers, Moira Honohan, “This concert was a great start to what will be another groovy year in the Music Department. Next up, Carillon!”